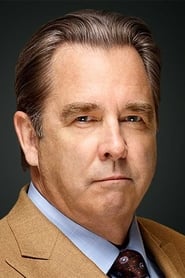 Lloyd Vernet "Beau" Bridges (born December 9, 1941) is an American actor and director. He is a three-time Emmy, two-time Golden Globe and one-time Grammy Award winner, as well as a two-time Screen Actors Guild Award nominee. He was awarded a star on the Hollywood Walk of Fame on April 7, 2003, for his contributions to the television industry. He is the son of actor Lloyd Bridges and elder... Read more