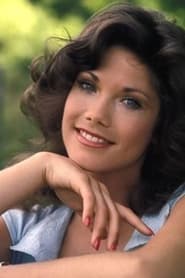 Barbi Benton (born Barbara Lynn Klein; January 28, 1950) is an American retired model, actress, songwriter, television personality, and singer. She is known for appearing in Playboy magazine, as a four-season regular on the comedy series Hee Haw, and for recording several modestly successful albums in the 1970s. She retired from show business in the 1980s to raise her children.