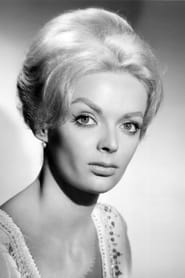 Steele starred in a string of horror films, including The Horrible Dr. Hichcock (1962); The Ghost, directed by... Read more