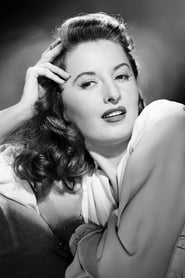 Barbara Stanwyck (July 16, 1907 – January 20, 1990) was an American actress. A film and television star, she was known during her 60-year career as a consummate and versatile professional with a strong screen presence and was a favorite of directors including Cecil B. DeMille, Fritz Lang and Frank Capra. After a short stint as a stage actress, she made 85 films in 38 years in Hollywood,... Read more