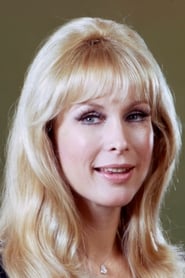 Barbara Eden (born August 23, 1931, height 5' 3¾" (1,62 m)) is an American film, stage, and television actress and singer. She is best known for her starring role of "Jeannie" in the sitcom I Dream of Jeannie. Eden was born Barbara Jean Morehead in Tucson, Arizona, the daughter of Alice Mary (née Franklin) and Hubert Henry Morehead. Her parents divorced when she was three; she and her mother,... Read more