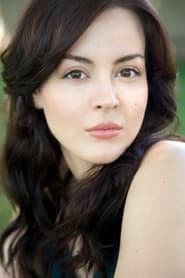 Azure Parsons is an American actress. She has appeared in a number of film's, including 2 Guns, Paradise, and Dark Places, and television shows like Death Valley, Castle, and True Detective. In 2014, Parsons was cast as a recurring character in the first season of the fantasy drama series Salem on WGN America. In 2016, she returned to appear in the third season of Salem. She starred as Annie Glenn on the ABC drama series The Astronaut Wives Club.