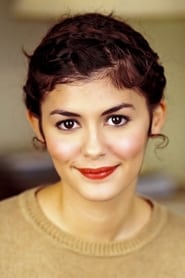 Audrey Justine Tautou (French pronunciation: [o.dʁɛ to.tu]; born 9 August 1976) is a French actress and model. Signed by an agent at age 17, she made her acting debut at 18 on television and her feature film debut the following year in Venus Beauty Institute (1999), for which she received critical acclaim and won the César Award for Most Promising Actress. Her subsequent roles in the 1990s... Read more