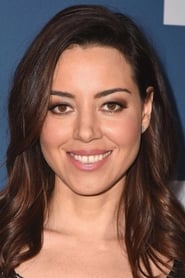 Aubrey Christina Plaza (born June 26, 1984) is an American actress and comedian who has gained popularity with her deadpan-style comedy. She is a cast member on Parks and Recreation portraying the role of April Ludgate, and after appearing in key supporting roles in several movies, played her first leading role in a major film, starring alongside Mark Duplass in the comedy Safety Not... Read more