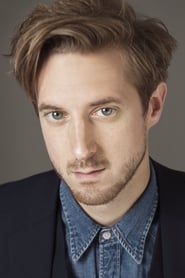 Thomas Arthur Darvill (born 17 June 1982), known professionally as Arthur Darvill, is an English actor and musician. He is known for playing Rory Williams, one of the Eleventh Doctor's companions in the television series Doctor Who, and as Rev. Paul Coates in Broadchurch (2013–present). In 2013-2014 he appeared in the lead role in the theater musical Once in the West End and on Broadway. He portrays Rip Hunter in Legends of Tomorrow.