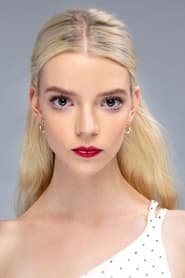 Anya-Josephine Marie Taylor-Joy (born 16 April 1996) is a British-American actress and model. She left school at age sixteen and began to pursue an acting career. After small television roles, she made her film debut with the lead role of Thomasin in the horror film The Witch (2015). She went on to star in the horror film Splitand the black comedy Thoroughbreds (both 2017). She also appeared... Read more