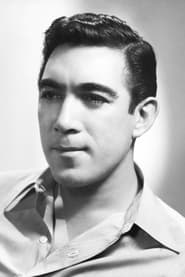 Anthony Quinn (April 21, 1915 – June 3, 2001) was a Mexican-American actor, as well as a painter and writer. He starred in numerous critically acclaimed and commercially successful films, including Zorba the Greek, Lawrence of Arabia, The Guns of Navarone, The Message , " Lion of the Desert" and Federico Fellini's La strada. He won the Academy Award for Best Supporting Actor twice; for Viva Zapata! in 1952 and Lust for Life in 1956.