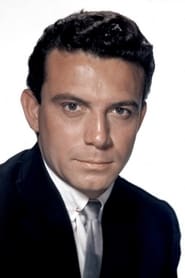 Anthony Franciosa (born Anthony George Papaleo; October 25, 1928 – January 19, 2006) was an American actor. Franciosa began his career on stage and made a breakthrough after portraying a brother of the drug addict in the play A Hatful of Rain, which earned him a nomination for the Tony Award for Best Featured Actor in a Play. He reprised his role in its subsequent film adaptation, for which he was nominated for the Academy Award for Best Actor.