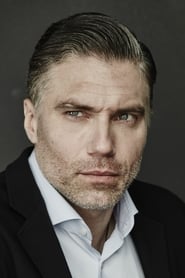 Anson Adams Mount IV (born February 25, 1973) is an American actor who has appeared in both movies and television shows. Mount has also played Jim Steele on the short-lived NBC series Conviction and appeared in the independent movie Tully with Julianne Nicholson, as the title character Tully Coates, a playboy whose ways are changed when he meets Ella Smalley (Nicholson), a friend of his... Read more