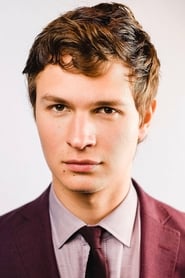 Ansel Elgort (born March 14, 1994) is an American actor and singer. He began his acting career with a supporting role in the horror film Carrie (2013) and gained wider recognition for starring as a teenage cancer patient in the romantic drama film The Fault in Our Stars (2014) and for his supporting role in The DivergentSeries (2014–2016). In 2017, he played the title character in Edgar... Read more