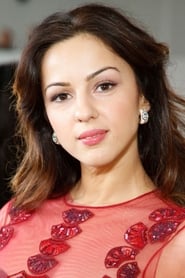 Annet Mahendru (born August 21, 1989) is an actress best known for her starring role as Nina in the 2013 TV series The Americans. She was promoted to a series regular for the second season.Mahendru was born to a Russian mother and Hindu Indian father in Afghanistan.She is fluent in German, Russian, and English, and also speaks French, Persian, and Hindi.