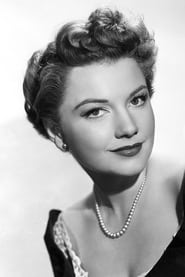 Anne Baxter (May 7, 1923 – December 12, 1985) was an American actress, star of Hollywood films, Broadway productions, and television series. She won an Academy Award and a Golden Globe, and was nominated for an Emmy. In 1947, Baxter won the Academy Award for Best Supporting Actress for her role as Sophie MacDonald in The Razor's Edge (1946). In 1951, she received an Academy Award nomination... Read more