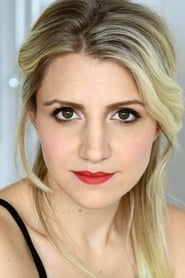 Annaleigh Amanda Ashford (née Swanson, born June 25, 1985) is an American actress, singer, and dancer. She is known for her work on Broadway as Glinda in Wicked, and Margot in Legally Blonde, as well as for originating the role of Lauren in Kinky Boots, a performance for which she received a 2013 Tony nomination. Ashford won the 2015 Tony Award for Best Featured Actress in a Play for her... Read more