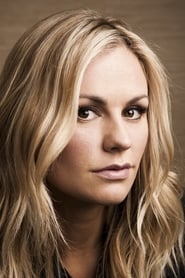 Anna Hélène Paquin (born 24 July 1982) is a New Zealand-Canadian actress. She was born in Manitoba and brought up in Wellington, New Zealand, before moving to Los Angeles during her youth. She completed a year at Columbia University, before leaving to focus on her acting career. As a child, she played the role of Flora McGrath in Jane Campion's romantic drama film The Piano (1993), despite... Read more