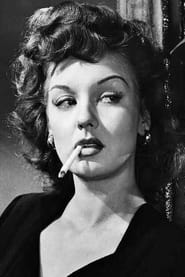 Ann Savage (February 19, 1921 – December 25, 2008) was an American film and television actress. She is best-remembered as the cigarette-puffing femme fatale in the critically acclaimed film noir Detour (1945), and starred in more than twenty B movies between 1943 and 1946.

Effectively leaving the film business in the mid-1950s, Savage made occasional appearances on television and worked for... Read more