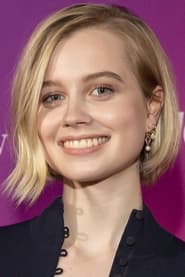 Angourie Rice (born 1 January 2001) is an Australian actress. She began her career as a child actress, coming to attention for her roles in These Final Hours and The Nice Guys. She is known for her portrayal of Betty Brant in the Marvel Cinematic Universe, appearing in Spider-Man: Homecoming (2017), Spider-Man: Far From Home (2019), and Spider-Man: No Way Home (2021).