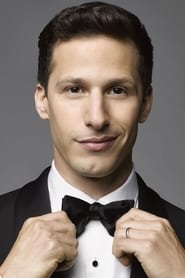 Andy Samberg (born David A. J. Samberg; August 18, 1978) is an American actor, comedian, musician, producer and writer. He is a member of the comedy music group The Lonely Island and was a cast member on Saturday Night Live from 2005 to 2012, where he and his fellow group members are credited with popularizing the SNL Digital Shorts.