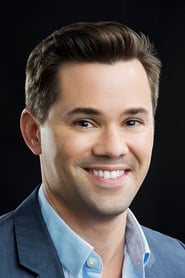 Andrew Scott Rannells was born on August 23, 1978 in the city of Omaha (Nebraska), in the United States. He studied in the Creighton Preparatory School in his hometown, and after finishing secondary, briefly attended Marymount Manhattan College. Throughout his career, Rannells won a Grammy Award and was nominated for the Tony Awards. He is known for his portrayal as Elder Price in the 2011... Read more