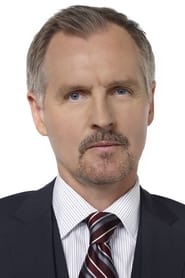 Andrew Airlie is a Scottish-born Canadian actor. He has starred in television series including Breaker High and his TV credits include guest starring in popular television shows such as Monk, Smallville, Stargate SG-1 and The X-Files. He had television regular roles as Mr. Oliver, the protagonist's father, on the series, Reaper, which aired from 2007 until 2009, and as Mission Control... Read more