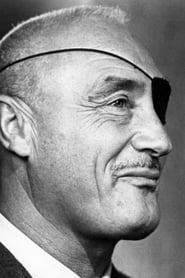 André de Toth (May 15, circa 1912 – October 27, 2002) was a Hungarian-American filmmaker, born and raised in Makó, Csongrád, Kingdom of Hungary Austro-Hungarian Empire. He directed the 3-D film House of Wax, despite being unable to see in 3-D himself, having lost an eye at an early age. He is known for his gritty B movies in the western and crime genres.