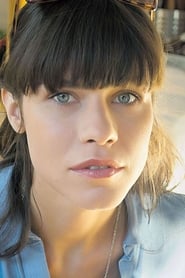 Ana Ularu is a Romanian born actor and director. She began acting at the age of 9 in French productions like "Meurtres par procuration" and "Passion Mortelle". Since graduating with a B.A. and M.F.A. in Acting from the National University of Theatre and Film "I.L.Caragiale" (UNATC) in Bucharest, she has appeared in more than 50 short films, TV films, TV series and feature films. She is also an... Read more