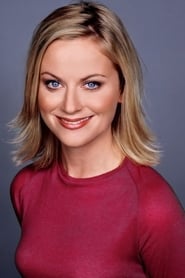 Amy Poehler is an American actress, comedian, writer, producer, and director. She was a cast member on the NBC television entertainment show Saturday Night Live from 2001 to 2008. She is the lead of NBC's comedy Parks and Recreation, She won a Golden Globe Award for Best Actress in a Television Musical or Comedy Series in 2014 and a Critics' Choice Award for Best Actress in a Comedy Series in... Read more