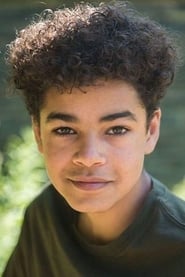 Amir Ahmad Wilson (born 6 February 2004) is an English actor known for his roles as Will Parry alongside Dafne Keen in the HBO and BBC series His Dark Materials, Tiuri in the Netflix series The Letter for the King, and Dickon in the 2020 film adaptation of The Secret Garden.