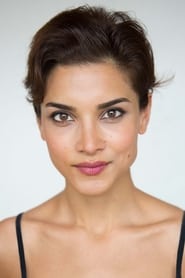 Amber Rose Revah (born June 24, 1986) is an English born actress. She played Hala Hussein, Saddam Hussein's daughter, in the BBC/HBO series House of Saddam. Later she appeared in From Paris With Love (2010) and Aazaan (2011). She also acted in Son Of God and The Bible series. Revah made several appearances in other smaller acting roles.