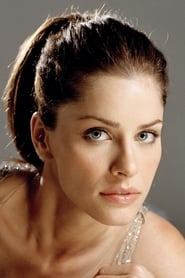 Amanda Peet (born January 11, 1972) is an American actress, writer and producer. She began her career with small parts on television, and made her feature film debut in Animal Room (1995). Her portrayal of Jill St. Claire in The Whole Nine Yards (2000) brought her wider recognition, and she has since appeared in a variety of films, such as Saving Silverman (2001), High Crimes; Changing Lanes;