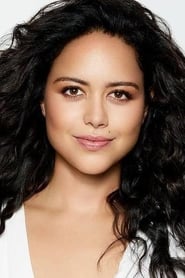 Alyssa Diaz was born on September 7, 1985 in the city of Northridge (California), in the United States. Colombian descent and m xico - American, Alyssa studied at Bishop Alemany High School. He began acting at the beginning of the new millennium, participating in some episodes of various series such as "CSI: Miami" and "The Brothers Garcia", "American Family". In 2005, he won the role of Celia... Read more