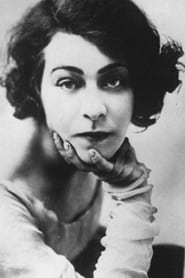 Alla Nazimova (Russian and Ukrainian: Алла Назимова; 3 June [O.S. 22 May] 1879 – 13 July 1945) was an American film and theatre actress, a screenwriter, and film producer. She is perhaps best known as simply Nazimova, but also went under the name Alia Nasimoff. She emigrated to the United States from the Russian Empire. In 1927, Nazimova became a naturalized... Read more