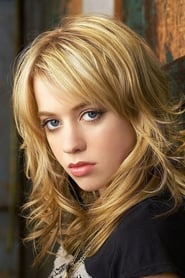 Alexzandra "Alexz" Spencer Johnson (born November 4, 1986) is a Canadian singer-songwriter, record producer and actress. Her debut album Voodoo was independently released on March 30, 2010. She is best known for her roles as Jude Harrison in the CTV series Instant Star, as Annie Thelan in the Disney Channel series So Weird, and as Erin Ulmer in the 2006 horror film Final Destination 3. She was... Read more