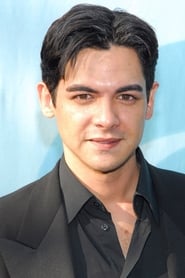 Alexis Cruz (born September 29, 1974) is an American actor, known for his performances as Rafael in Touched by an Angel and as Skaara in Stargate and Stargate SG-1. Cruz was born in The Bronx, New York of Puerto Rican descent. His mother, Julia, was a songwriter. He currently resides in Los Angeles. He went to Boston University majoring in Independent Technical Theatre. Cruz appeared as... Read more