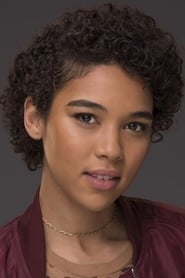 An American actress who rose to prominence for portraying real-life musicians Aaliyah (in the 2014 film Aaliyah: The Princess of R&B) and Kimberly Woodruff (in the 2015 Oscar nominated film Straight Outta Compton). More recently she has appeared as Storm on the X-Men franchise.