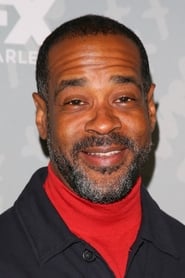 Alex Désert (born July 18, 1968) is a Haitian-American actor and musician most known for his roles in the TV series The Flash, Becker, and Boy Meets World. He is also a founding member of Los Angeles-based ska band Hepcat.

His first strong television presence was on a controversial CBS program entitled TV 101 where he co-starred with friend Matt LeBlanc. From 1990 to 1991, he played police... Read more