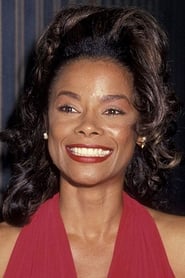 Alex Datcher (born June 6, 1962) sometimes credited as Cynthia Alex Datcher, is an American actress. She has made many guest appearances on sitcoms and TV dramas; she also has numerous supporting roles in many movies. She has been acting since 1990. Datcher made her first television appearance in an episode of Beauty and the Beast alongside Ron Perlman and Linda Hamilton. She made her film... Read more