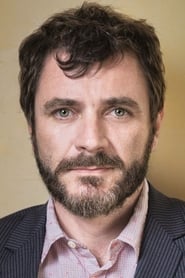 Àlex Brendemühl i Gubern (born 27 November 1972) is a Spanish-German actor. Born in Barcelona to a Spanish mother and a German father, he has appeared in more than 60 films and television shows since 1995. Brendemühl played the lead role of the Nazi war criminal Josef Mengele in the 2013 film The German Doctor. Source: Article "Àlex Brendemühl" from Wikipedia in english, licensed under CC-BY-SA 3.0.