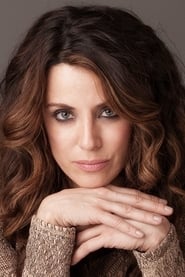 Alanna Ubach (born October 3, 1975) is an American actress and voice actress. She is known for her roles in Legally Blonde as Serena and Meet the Fockers as Isabel Villalobos. She has provided voices for several characters in a number of animated shows, such as Liz Allan in The Spectacular Spider-Man, the title character in El Tigre: The Adventures of Manny Rivera and Lola Boa in Brandy & Mr.... Read more