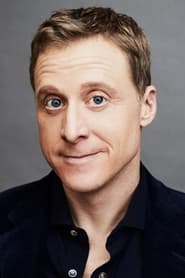 Alan Wray Tudyk (born March 16, 1971) is an American actor known for his roles as Simon in the British comedy Death at a Funeral, as Steve the Pirate in DodgeBall: A True Underdog Story, as Sonny in the science fiction drama I, Robot, and as Hoban "Wash" Washburne in the science fiction and western television series Firefly and movie Serenity. ​.