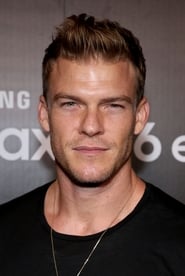 Alan Michael Ritchson (born November 28, 1982) is an American actor, model, and singer. He is known for his modeling career as well as his portrayals of the superhero Aquaman on The CW's Smallville and Thad Castle on Spike TV's Blue Mountain State.