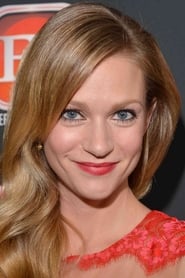 Andrea Joy "A.J." Cook (born July 22, 1978) is a Canadian actress best known for her role as Supervisory Special Agent Jennifer "JJ" Jareau in the CBS crime drama Criminal Minds. She has also appeared in several Hollywood films including The Virgin Suicides, Out Cold, and Final Destination 2.

Cook was born in Oshawa, Ontario, and spent most of her life growing up in Whitby, where she attended... Read more