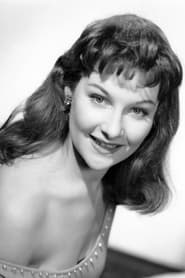 Adrienne Corri (born 13 November 1930 in Edinburgh, Scotland) is an actress of Italian parentage.

She is probably best known for her role as the rape victim Mrs. Alexander in the 1971 Stanley Kubrick film A Clockwork Orange, and for her appearances as Valerie in Jean Renoir's The River (1951) and as Lara's mother in David Lean's Dr. Zhivago (1965). She appeared in many horror and... Read more