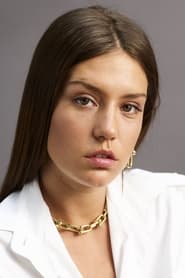 Adèle Exarchopoulos (born 22 November 1993) is a French actress. She is known for her leading performance as Adèle in Blue Is the Warmest Colour, a role which gave her worldwide attention and critical acclaim and she became the youngest artist ever to be awarded the Palme d'Or at the Cannes Film Festival.