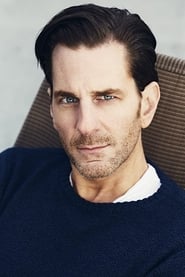 Aaron Abrams (born 12 May 1978) is a Canadian actor, born in Toronto, Ontario, who has worked in both film and television. He was a regular on the television series 'Slings and Arrows' (The Sundance Channel), 'The State Within' (BBC), and 'Runaway' (CW). Abrams is best known for writing and starring in the controversial film Young People Fucking in 2007, for which he won a Canadian Comedy... Read more