Thunder in Paradise was a one-hour action-adventure TV series from the creators of Baywatch, which starred Hulk Hogan, Chris Lemmon, and Carol Alt. This first-run syndicated TV series originally premiered as a straight-to-video feature film in September 1993, then ran for one season in 1994, before being cancelled. The series was later rebroadcast on the TNT cable network. 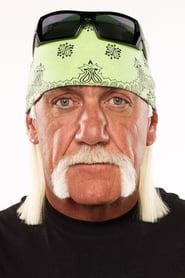 More stills and photos from "Thunder in Paradise"