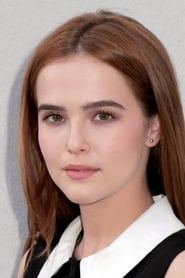 Zoey Francis Thompson Deutch (born November 10, 1994) is an American actress and producer. Deutch is a daughter of director Howard Deutch and actress-director Lea Thompson. She gained recognition for her roles in the film Everybody Wants Some!!, Netflix comedy series The Politician, and the Netflix film Set It Up.

She began her career with roles on the Disney Channel comedy series The Suite... Read more