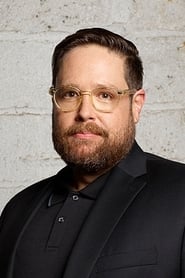 Zak Orth (born October 15, 1970) is an American comedic actor known for his roles in Wet Hot American Summer, The Baxter, Melinda and Melinda, In and Out, and Music and Lyrics. He also appeared as a man haunted by psychic visions named Roy in an episode of the Fox series Fringe.

Orth was born Adam Zachary Orth in Libertyville, Illinois, the son of Jane, a piano teacher, and Robert Orth, an... Read more