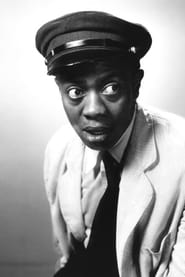 William “Willie” Best (May 27, 1916 - February 27, 1962), sometimes known as “Sleep n' Eat,” was an American television and film actor. Best was one of the first African-American film actors and comedians to become well known. In the 21st century, his work, like that of Stepin Fetchit, is sometimes reviled because he was often called upon to play stereotypically lazy, illiterate,... Read more