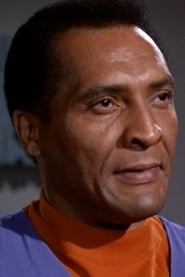 William Marshall was an American actor, director, and opera singer. He is best known for his title role in Blacula and its sequel Scream Blacula Scream as well as his role on Pee-wee's Playhouse.

Marshall made his Broadway debut in 1944 in Carmen Jones. In 1950, he understudied Boris Karloff as Captain Hook in the Broadway production of Peter Pan. He played the leading role of De Lawd in the... Read more