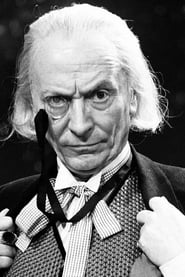 William Henry Hartnell (8 January 1908 – 23 April 1975), also known as Billy Hartnell or Bill Hartnell, was an English actor. Hartnell played the first incarnation of the Doctor in Doctor Who, from 1963 to 1966. He was also known for his roles as Sergeant Grimshaw, the title character of the first Carry On film, Carry On Sergeant in 1958, and Company Sergeant Major Percy Bullimore in the... Read more